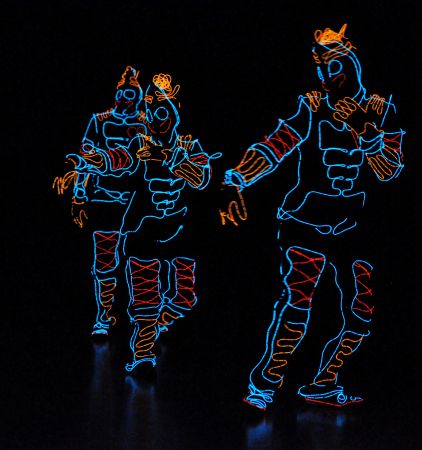 Created back in 2012 and still in use today, Paul engineered an 8-person EL-Wire illuminated/animated dance troupe where the costumes are remote-controlled wirelessly over an XBee radio mesh and choreographed on a MIDI timeline.

The world was blown away by "Team iLuminate" in 2011 when they performed in their synchronized animated costumes on television. Recognizing the shortcomings of their technology, Paul improved upon the tech for choreography and usability for use in Las Vegas. Each of the 8 costumes has 8 addressable color channels, for crazy animations and effects, and creating a lightshow choreography routine for each corporate client takes merely a day. Corporate events were never the same again, when these dancers made their way through a darkened audience and onto stage!

Key to the 8-person dance troupe's Vegas success is utilizing a wireless mesh network with XBee radios. Secondarily to the reliable communication between costumes & choreographer is the requirement for easily programming the lighting sequence in time with the music bed. Paul's obvious choice was a MIDI sequencer, such as "REAPER.FM".

At the core of each costume is an Arduino, an XBee radio, and an 8-channel EL-Wire controller board. Eight AA-sized batteries powers the costume for about an hour with everything fully lit. The dance troupe can perform on stage, about 50 feet away from the front of house position where the choreographer's laptop & XBee radio is stationed. Starting the dance routine is as simple as hitting "Play" on the laptop. In development, Paul was "playing" the costumes from a piano keyboard with ease.

Still in use today after 5 years, Paul has had the costumes upgraded with smaller controller boards from Sparkfun, but the XBee radio mesh, MIDI protocol, and Paul's Arduino code still run true.

Code and notes are online at Paul's Github: 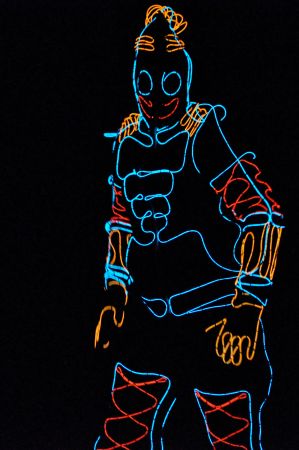 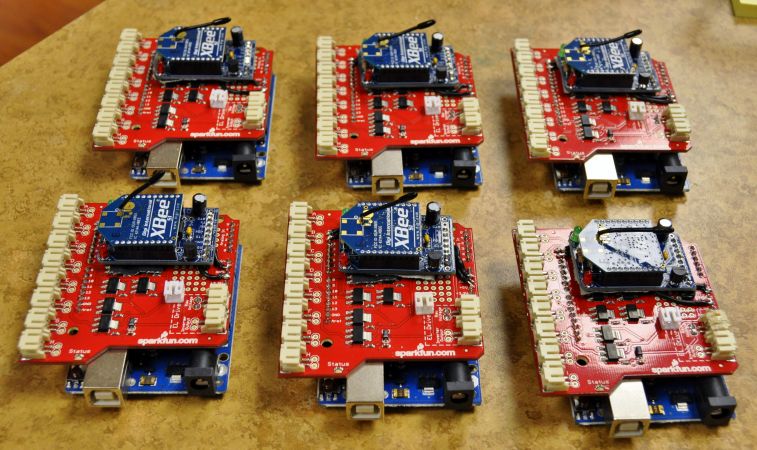 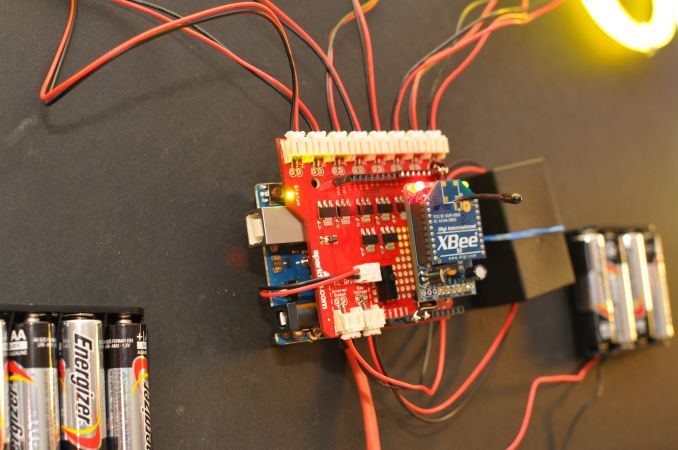 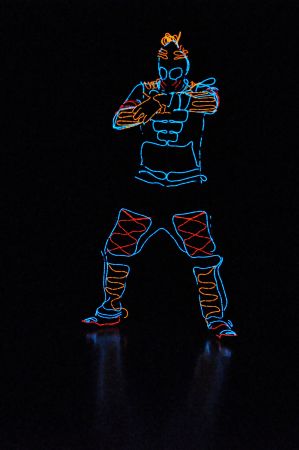 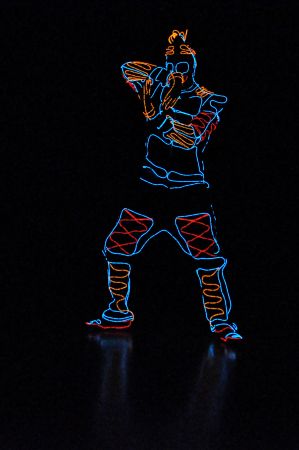 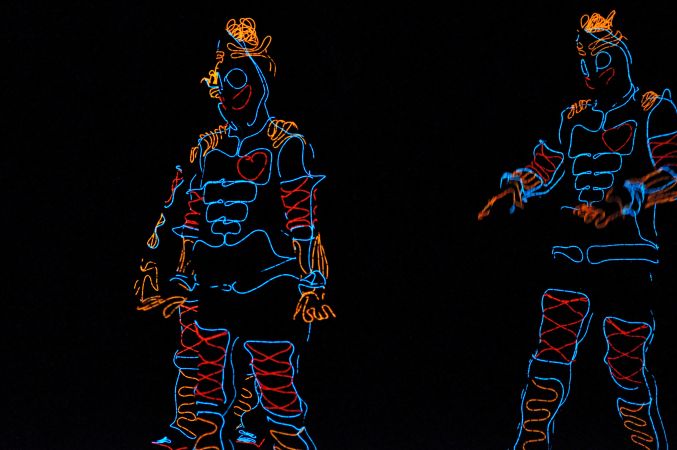 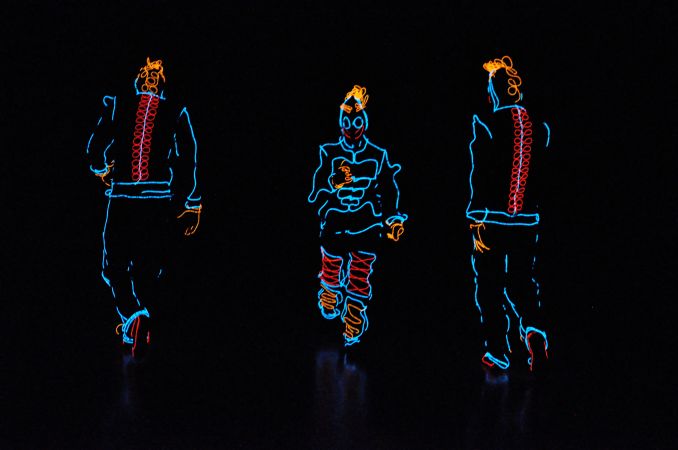 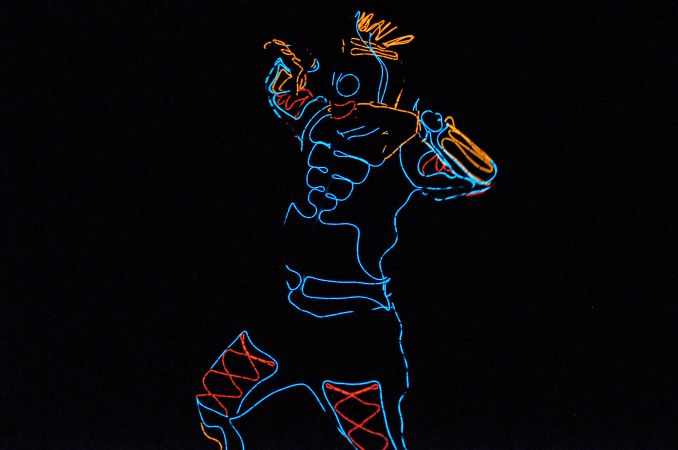 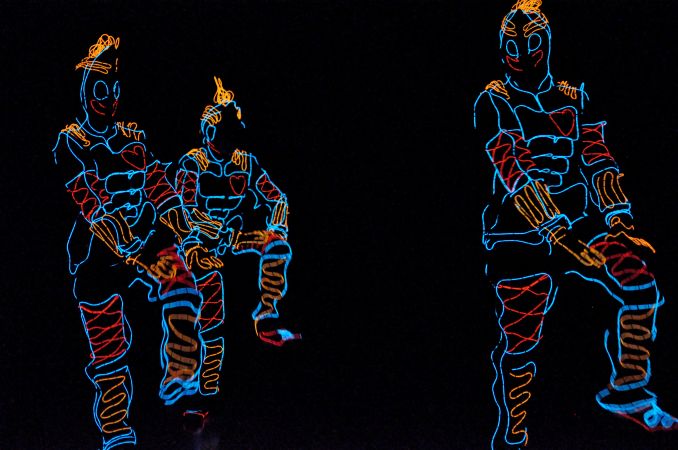 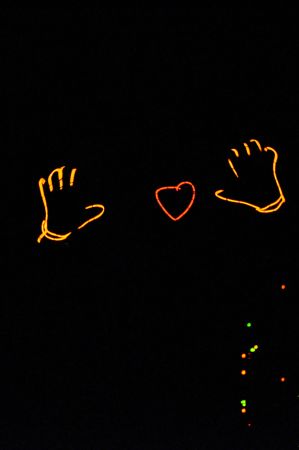 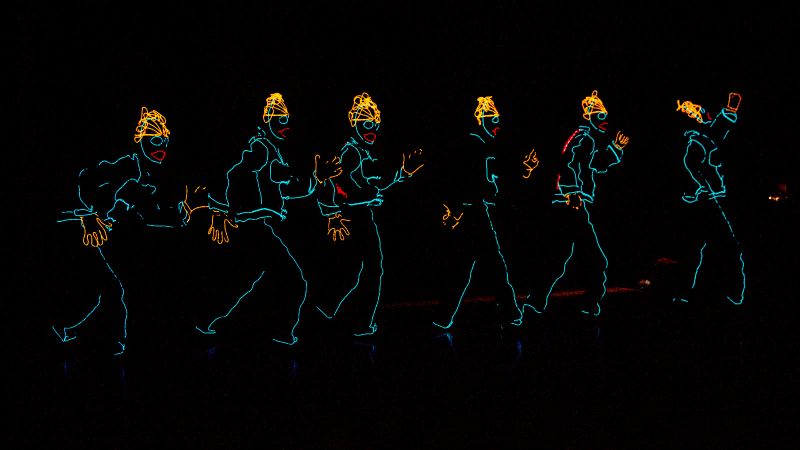